Today is Martin Luther King Day. Martin Luther King Jr.’s legacy lives on when people serve, work for equality and justice for all, and work for the common good in expanding the beloved community. Sometimes we miss the point about how much we have yet to do to fulfill King’s “Dream.” 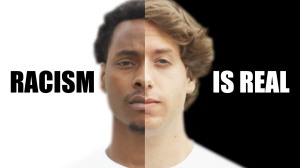 As I have mentioned before I’m working in the Pacific Northwest this year, after having lived and worked the past few years in Minnesota. Neither is a place that you might suspect that racism is a major problem. However, if you have followed the news you know that Minnesota has major racism problems. One of the things you may not know about me, is that I worked for awhile in Minnesota for a start-up focused on closing the unemployment gap among minorities. It was in that work that I truly became aware of systemic racism. It’s because of that work from a few years ago, that I was sadly not surprised at the events that have transpired over the past year.

Upon moving back to the Pacific Northwest I was asked about this and for my thoughts. I was also told that racism is not a problem here. I was even told, “that’s a problem over there, not here.” I woke up this morning kicking myself that I didn’t push back on that assertion when I heard it. I allowed myself to go along with that thinking in a recent conversation. That goes to show how pervasive our racism and privilege can be.

As a white male, I admit that I am in a position of unique privilege. I have never really been the minority in the contexts I have lived in. I have never had to worry about being racially profiled. I have never been confronted and discriminated against for my religion, sexual orientation, gender, etc. When I live with blinders on to the world around me, it can be easy to let the logic of “it’s something happening over there” to go on without rebuke.

What really makes me disappointed in myself though is that not only do I know better, I have experienced it this year. A few months ago I was walking home and stumbled upon chalked signs of hate and bigotry on the sidewalk. I took time that day to quietly but deliberately get on my hands and knees and wash those racist signs of hate away. How quickly I had forgotten of this experience when allowing myself to go along with another in thinking “this isn’t our story here,” or “this isn’t a problem here.” When we assume that racism and injustice aren’t issues around us, that is exactly the time when we should be compelled to go out and talk with people and hear their stories. That’s a sign that we might have blinders on.

Martin Luther King’s dream is compelling. It’s also far from fulfillment, despite what some politicians might say. There is great work to be done in the work of equality and social justice. Until everyone has the same rights and abilities- for religious beliefs and practice, to vote, to assemble, to earn a fair wage, have health care, have safe and clean drinking water, and be able to learn and be educated, etc., there is work to be done.

I am grateful for all of you who work in your own lives and contexts to serve those around you. You are living out your vocations and callings, and doing your part in service of your neighbor and of the beloved community. Together we can help make Dr. King’s dream a reality. Dr. King’s dream, a dream and vision of what true community can look like, is not something impossible to attain, though it would be impossible without each other. That’s why, it’s just as important to speak up for each other, to walk alongside each other, and to raise awareness when we might lose sight of the fact that our blinders are on to the problems and challenges in the world and society around us.

One thought on “The Problem with thinking “that’s a problem over there, not here””